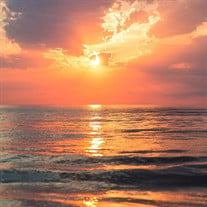 Preston Crudup, 77, passed away March 11, 2022. He loved his family and fishing. He was preceded in death by his parents, James Edward and Endie Heggins Crudup, two brothers and one sister. He is survived by his wife Joyce Crudup of thirty-seven... View Obituary & Service Information

The family of Preston Crudup created this Life Tributes page to make it easy to share your memories.

Send flowers to the Crudup family.